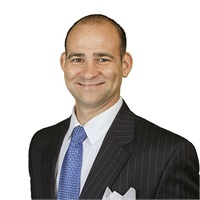 Mr. Seibel started his career in banking as a branch manager, then a lender in both residential and commercial lending. From there he was asked to become a wholesaler at a REIT where he acted as an investor to banks and various lending institutions. He went on to become the president of a lending firm in Little Rock, and then a division president of an investment firm. He received his securities licenses in 2010 and trained with MetLife. Mr. Seibel holds the Series 7 and Series 66 licenses along with a life insurance license (Ark. Ins. Lic. #11724706).  In 2011, Mr. Seibel joined Cardinal Investment Group.  He specializes in equity placement, business consulting, retirement planning, financial advising, investment advising, and retirement plans. He studied at Berean University and SAU Tech. He has a beautiful wife of 15 years, Lisa, and they have two daughters, Isabella who is 11, and Olivia who is seven.  He enjoys outdoor activities as a hobby, including running and fitness training, and is a proficient guitar player.  He is also a Little Rock Firefighter. He is a member of the Conway Chamber of Commerce.

Connect with Gary Seibel on Linked In.