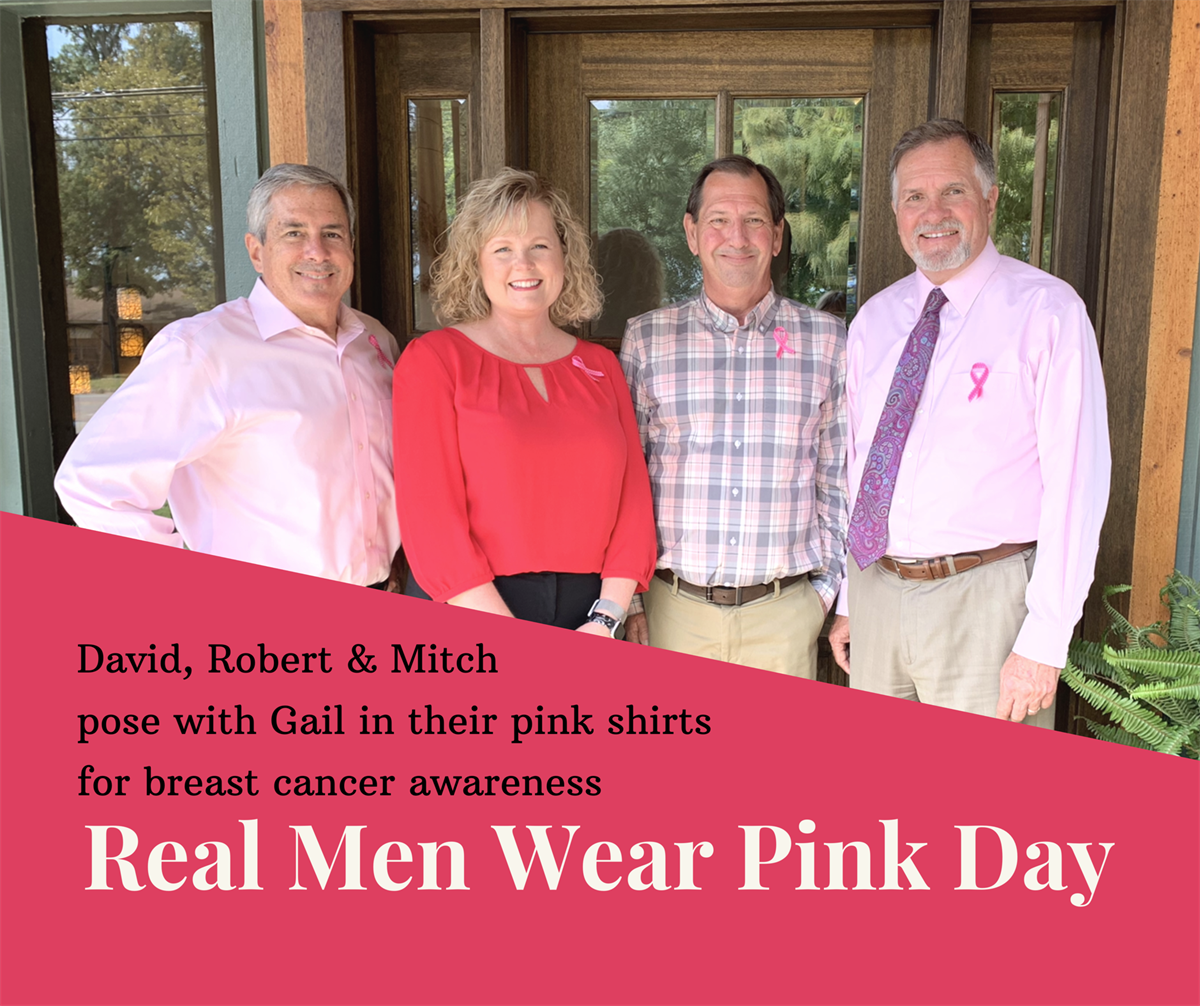 Have any of you experienced a day in your life when something happened to you that changed your life forever?  I have had several very significant days, some good, some bad.  You don’t always know how something is going to change you until much later.  Most people believe that you have the same personality throughout your life.  I believe that too, but I also feel that while we may not change completely, we do certainly evolve into more complex individuals.

You’ve probably heard of the seven-year itch. I have a theory that roughly every seven years, you have evolved into a significantly different person.  This isn’t anything scientific mind you, I’m just theorizing that our personalities develop and change dramatically in that amount of time due to the physical and environmental changes around us.  While this is normally a slow, gradual process, there are certain days that you can pinpoint that were absolute game-changers. For me, most days like that were in my control, or perhaps I had a role in making them happen.  Two perfect examples are my wedding day and the birth of my daughter. Then there are days when you experience something completely out of your control. I want to tell you about a day like that.

Roughly seven years ago, I found something that I didn’t want to find.  I found it and kept it my own secret.  Have you ever just had the feeling that something wasn’t right with your body?  Maybe you stretch and something didn’t move right? Or, you rub across your skin and something doesn’t feel right? I had that feeling. Seven years ago, I felt a lump in my breast.  I knew immediately what it was, but was in denial at the same time.  I kept it to myself for several weeks.  During that time, it was getting bigger.  I shared the news with my friend and told her I thought it was getting bigger. Her alarm is what prompted me to get it checked out.

I made an appointment to visit my doctor and she was also alarmed.  A mammogram was scheduled that same day.  My same friend went with me.  After the mammogram, they asked me to stay because they wanted to take ultrasound images.  Even though no results are shared, you can tell how the technician is talking to you that something isn’t right. There is a look of concern in their eyes.

I was referred to a breast specialist and the following week I had a biopsy performed at UAMS.  That is an awesome place, by the way.  They used a tool to bore a hole and took out a sample right there while my husband and I watched.  They asked me if I wanted to expedite the test results and I, of course, said yes.  I laid on the table as a med student applied pressure to my wound for 15 minutes.  We awkwardly talked while she was mashing down on my breast. The whole time I pretended to not be nervous.  Before the 15 minutes were up, the doctor walked back in and abruptly said, “Well, it’s cancer.”

I was too naïve to fully realize what that meant to my life.  But that med student knew.  I saw tears form in her eyes.  She discretely went to the corner of the room and collected herself, just before the doctor asked her to leave. Based on the student’s reaction, I knew that it was going to be a hard journey.

I had surgery the following week to install a port in my chest. This would accept the chemotherapy that was too strong to touch my skin.  At the same time, they took out a lymph node to check the likelihood that it had spread to other parts of my body.  I kept saying, “I haven’t even decided if I will take chemo yet, why are they installing a port?” I hadn’t even met with the oncologist yet.

They took me aside and explained that since my tumor had grown and was invading other layers of tissue, the cancer was aggressive, and I would have to be aggressive to get rid of it. So, I consented.

I soon met my oncologist who told me that I would lose my hair on either the 13th or 14th day after the first treatment.  I told him we had already bought and paid for a trip to Disney World at that time.  He gave his approval for me to go, but warned me that I wouldn’t feel great.

I had read a lot of advice that if I cut my hair short before it fell out, it would be less traumatic. So I did.  Afterwards, I saved it thinking I might make a wig from it.  That clear bag of hair is stored on a shelf in my closet, and I still see it from time to time.  I am reminded of the experience and think, “That hair belonged to a woman I used to know…”

I started treatment at UAMS. I would sit in a large room with lots of recliners full of sick people with IVs and allowed chemo nicknamed “The Red Devil” to flow through my veins. A deep red liquid was being put into me. I wondered what kind of toxic waste it was – strong enough to kill fast-growing cells like hair and nails, without killing the healthy cells.  That is why you lose your hair.

After chemo, you are given instructions along with a bunch of medicine and sent home. After the first treatment at UAMS, I felt perfectly fine.  My husband and I left, enjoyed a meal together, then headed toward home.  It wasn’t until several hours later that I started to feel sick.

My second round of chemo was two weeks later just before leaving for Disney World with my husband, Mark, my daughter, and her best friend.  The second day there, I got in the shower and my hair started coming out in large clumps.  I was worried it might clog the drain so I had Mark help me place my wet hair into a plastic bag.  I called around to find a hair salon to get an appointment so that I could get my head shaved.  I ended up doing that at the Grand Floridian Resort.  It was very surreal.  I was the only customer in the salon and the cosmetologist was so kind and understanding.  She told me about her mother's experience with breast cancer.  I've often thought that God put me in the right place with the right person that day.  Then we headed over to the Magic Kingdom with a scarf on my head.

I took a total of 12 rounds of chemo which ended up being 18 infusions. Then I had a lumpectomy and reconstruction surgery.  They wanted that to heal for about a month before I started radiation treatments.  We went to the beach during that time.  I’ll just say it was a nice distraction, but it was a challenge being out on a windy beach with headgear such as hats and wigs being so new to me.

In July, after 36 radiation treatments, I was declared cancer free.  I still have regular yearly mammograms and visits to my oncologist.  I take a pill every day to block my estrogen and I have had some complications from that which have resulted in a hysterectomy.

I am a very positive person, but not to the point of not living in reality. As I think back to my experience, I somehow knew it was cancer from the first moment that I felt that lump, but I never once considered that I might die from it.  I think my optimism gave me permission to delay going to the doctor.

My advice is DON'T WAIT!

I do regret waiting to do something about it.  I know many people who have had breast cancer who caught it earlier and didn’t have to go through chemotherapy. Their journeys were much less invasive.  If I hadn’t waited for that tumor to grow, I might have saved myself from the worst part of my treatments.  I want to urge all of you to do regular self-exams.  And, if you are old enough, get your yearly mammogram.  Don’t wait! You can ask your gynecologist, your primary care physician, or go to the health department. UAMS even has a MammoVan that travels around.  So, there is no excuse!

My journey has definitely changed me.  I have scars, but my wounds have healed and my hair has grown back. I’ve learned how to deal with hot flashes and the other things that my treatments have caused.

I am no longer the woman that I was seven years ago.  She’s still in here somewhere, but the journey has changed me. I have evolved into something much more complex.  And, that is not a bad thing.

Please don’t be scared to get screened.  The knowing doesn’t change it, but the not knowing will.

“And once the storm is over, you won’t remember how you made it through, how you managed to survive. You won’t even be sure, whether the storm is really over. But one thing is certain. When you come out of the storm, you won’t be the same person who walked in. That’s what this storm’s all about.”  ― Haruki Murakami